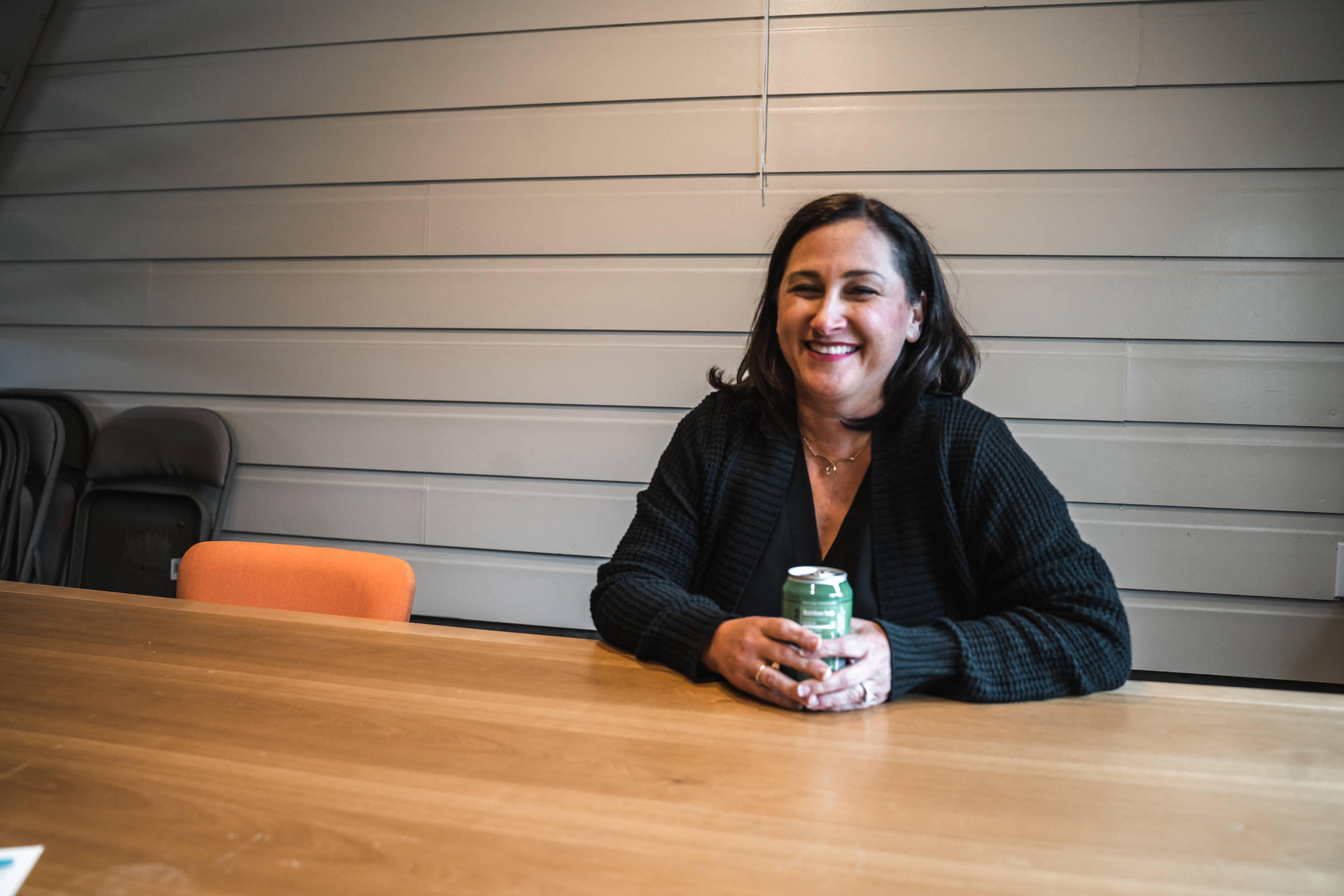 To celebrate International Women’s Day, we sat down with one of our favorite entrepreneurs, Cuvée’s CFO and co-owner Rashelle McKim. After a tour of the facility, Rashelle invited us to sip on a ready-to-drink cold brew in her recently converted guesthouse-to-boardroom. She gave us an intimate look at her life and work, telling us about her role in running one of Austin’s favorite coffee businesses. A lover of the outdoors, Rashelle also clarified just what exactly she constitutes as a “hike” (for the record, it must include 3+ miles, and it’s ok to stop for BBQ).

Q1. Tell us about your role as co-owner at Cuvée.

Mike is considered the owner in the industry and with our customers. We made a decision a long time ago that he would be the face of the company. I told Mike he should do it. I never wanted to be considered “the owner’s wife.” I really wanted to be considered Rashelle McKim and co-owner of the company. It’s always been very important to me to be involved, interactive with everybody so everyone understands I’m invested in this.

I’m just keeping everything running on a day-to-day basis. My job is a lot of finance and accounting and there’s some HR. I’m the one here today who’s going to get the team through the next few weeks, while Mike is the one asking, “What are we going to do 6 months or a year from now?”

Q2. You just told us you were the one that came up with Cuvée’s stand-out blue packaging. We have to know how it happened.

I was looking down the aisle and everything was just brown and green and black – everything was Earth tones. It was crazy, there was nothing that stood out as making me want to buy any of these coffees.

I approach all of the input I give as an individual walking into a store or onto a website. What makes me buy things? I said, we need to make this fun and we need to stand out! I wanted to create something that would make me want to buy it.

It wasn’t even necessarily blue at the beginning… We were sitting in our designer's office and he had a big storage unit and I said, “That’s it! That’s the color we need right there!”

Q3. You talked a bit about your mom earlier and how she had a very different experience in the workplace. Tell us what that was like and what progress you see today.

My mother worked in a very male-dominated industry – this was back in the 70s. She really had to fight and claw her way to be considered an equal. I will say, I have not had that [experience], but maybe it’s because I run the company!

She worked at Texas Instruments for a long time – she was a draftsman, and when my sister was born, she would work from home as a contractor. Sometimes I would have to go with her to pick up her work to bring home. I can’t recall specifically what I witnessed, but there were a couple of occasions that even as an 8/9/10 year-old, I knew weren’t right. Things she was being told or – she was being touched in a way that was inappropriate. As a young person, I knew it wasn’t right.

She would always stay positive. She would talk to me about the situation. We’ve come a long way. I don’t have daughters, but I would hope for the generations coming up, it gets even easier.

Q4. You wear many hats at Cuvée, and you’re a mom. You talked earlier about finding balance and the idea of ‘having it all.’ Tell us more about what that means to you.

I think it’s a very idealistic idea that you can have it all – be a super mom and be a super boss. You’ll run yourself ragged. You’ve gotta give yourself some slack. Maybe miss a soccer game or two or grab a pizza on the way home ‘cause you are too tired to go home and cook dinner. That’s ok. You’ve got to let yourself off the hook sometimes and not try to be everything. It would be really hard to be Martha Stewart and do everything else. Just don’t make things so hard on yourself.

I’ve been a mom and running this business for so long, I don’t have a whole lot of extra time. I’m looking forward to figuring that out again. That was one of the things we talked about when we were on vacation recently – what do we like to do when we’re not doing this [running a business]? I’ve got to find myself again.”

Q5. Now we have to ask you a cheesy question. What do you think about International Women’s Day?

I know it’s become a big deal in the last couple of years, but I’m embarrassed to say that I’m not exactly sure how it got started or what it is other than bringing awareness to women in the workforce. I would consider it an awareness campaign, and I like it! I’ve been invited to participate in some of the international women’s day events and it’s always an honor to be considered because I don’t necessarily think of myself that way.”

We couldn’t leave the conversation without knowing what Rashelle’s favorite Cuvée product was. While she has several, her current go-to is their Cold Brew Concentrate – she recommends pouring it over ice with a splash of half & half in the afternoons for a pick-me-up. And with all she does during the day, we’re sure she deserves it. Try it for yourself!